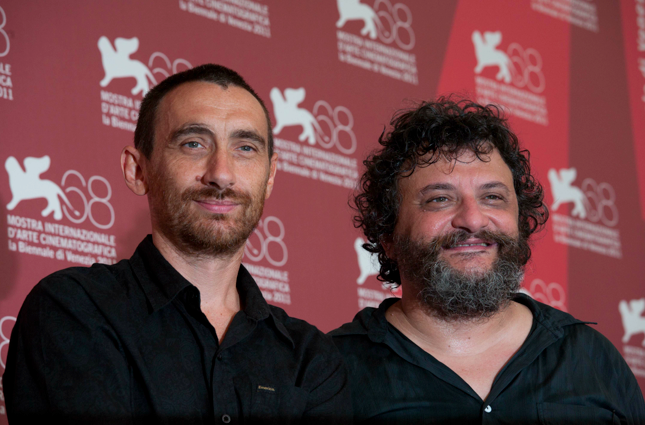 To celebrate their new film, “The Wang coming”, presented at the 68 Venice Film Festival, in the section “Italian reverse shot” (Controcampo Italiano), we met the two Roman directors Marco and Antonio Manetti, who told us about their creature in all his aspects, from special effect to the pessimistic vein that the film wants to stage. They talked also about scoop and revelations for their future works. 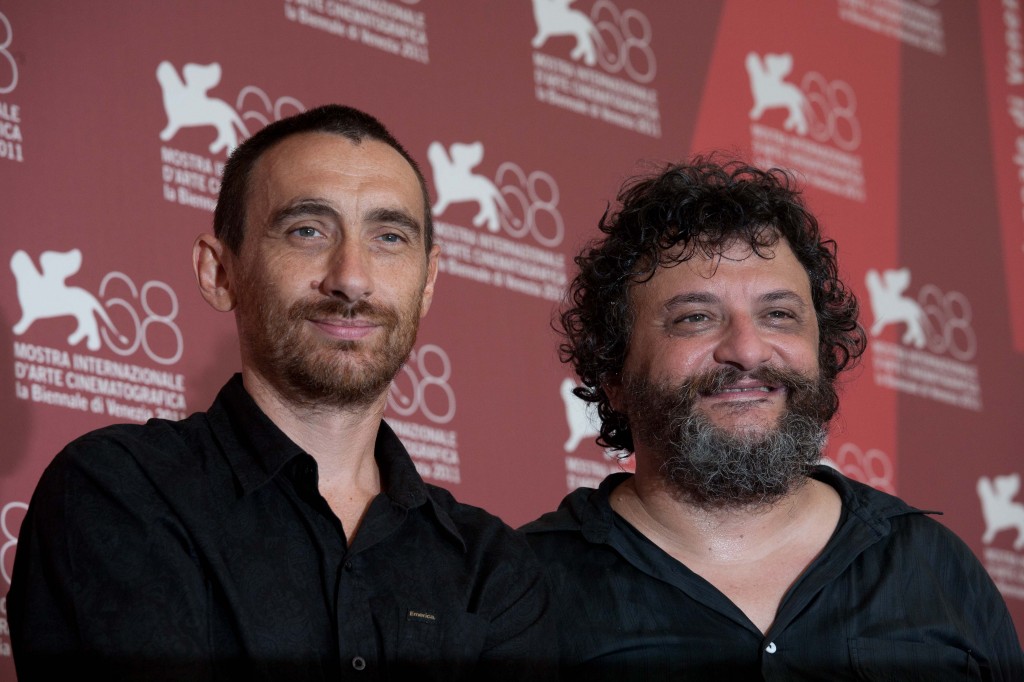 1) Within the Italian cinema none deals with the science fiction, but in fact, it is always considered a secondary genre, so the question is: how do you have the idea to do a film just like that? Don’t you believe that it’s a bit risky for Italians?

MARCO MANETTI: It’s a story that comes our mind and then….we staged it.

ANTONIO MANETTI: We haven’t got great fear when we play a film. We know that Italian industry and audience are particular and they don’t accept this kind of things, but if the audience accepts this kind of genre, also the industry will open to it. There’s the fear that when a product like that is played abroad, it’s a good product, while an Italian one will be third-rate. Obviously dealing with the special effect abroad, the technique is better, but that’s the last of our problems, and as Marco said, when we thought about this science fiction story we staged it. The only thing is that we looking for the money for the production. We found our proper financing because nobody will understand our script.

2) How you convinced Rai Cinema, that is reluctant to produce independent films, to participate to your project?

MARCO MANETTI : listen, in reality we aren’t competent on the argument: we had yet other collaboration with Rai Cinema, but in this case, they just put their name and partially financing at the end. What can I say is that the most important thing for us, is to send a message to those people who do an independent cinema just like us. In Italy it’s possible in two ways: you can choose to do the cinema, in the Italian way and consequently, you pass your life snorting or you can go on, with your idea, as we always do, and you can arrive at the partial help of Rai Cinema. Rai Cinema, after the vision of the film accept to collaborate with us, while, only reading the script they said that this kind of film wasn’t for Italians. So they don’t collaborate to the movie, just they write their name at the beginning of the film and the audience say “ Gosh Rai Cinema!”…..

ANTONIO MANETTI: No, it’s a completely independent film: it was financing by three independent investors, and Rai Cinema had just bought a little part of television rights.

MARCO MANETTI: It’s a true independent film, that writing means just it! They put their money just at the end, and this show how much skepticism there is. I agree with you, I think that the audience hasn’t any distrust for this genre of film, the main problem is that nobody in the last 30 years has made a film just like that, so since I don’t seen one of it, how can I say that the audience is skeptic?

ANTONIO MANETTI: I think as the distributor, that the audience gets out of the habit of watching this kind of films and when these films go out, audience hesitate to see it. I make two examples, do you remember “Under the dress, nothing” (“Sotto il vestito niente”) and Pupi Avati who did an horror film? Both were absolutely unsuccessful, so as you can see, also at the higher level with important production, the good results aren’t certain. Beauty is not synonym of takings.

MARCO MANETTI : I think that the independents is a distinctive point, both positive or negative, but if you ask for money to the Ministry for Cultural Heritage, it’s there that your project couldn’t be considered independent at all. 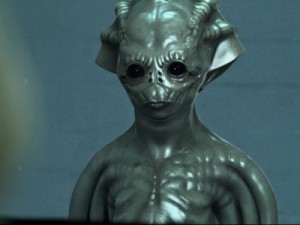 3) Special effects aren’t the flagship of Italian cinema, do you have important problems when you realize the film? In Italy are there any specialized workers, for the special effects that are at the same level of the foreigners one?

MARCO MANETTI: In Italy there are lots of special effects maker. We worked with Palantir Digital that is composed by two partner, especially Simone Silvestri, that is the coordinator of the special effects: he’s a very good technician but for the 2D technology is a composer. So we looked for some Italian 3D effects maker: we understood that there were lots of Italian special effects maker but that they didn’t work in Italy. So with Palatir Digital we looking for Italian workers and we created a motley team, composed by technician arrived from all over the world but that were all Italian. In particular we contacted Maurizio Memoli Avatar creator: when he finished it, he decided to come back home and work with us.

ANTONIO MANETTI: I believe that the Palantir work was perfect but I also believe that without us the film would be completely different: it wouldn’t be as good as now. Often we looked for the truth because we wanted to avoid the great effect, too much unrealistic, as the American films do.

MARCO MANETTI: the special effects makers love the false, because they want to show their work but we were good directors because we avoid that they exaggerated.

4) Talking about Wang, how was it created? Is it completely created at the computer or do you use costumes?

MARCO MANETTI : it’s all digital! The 3D process is easy to explain, it’s just as the creation of a puppet: the blow mold through a digital reticule, give a structure to the character. Than arrive the rigger, who gives mobility to the character. Than the texture that put the skin on the alien. At the end there’s the most important part: the true star of the film, a kid Davide Maugeri, who is the animator of the puppet who gives the movement to it. He was helped by two other technicians that conceive Wang, and ended the works of creation of the main character.

ANTONIO MANETTI: We have to finish the film very fast in order to present it at Venice Film Festival, otherwise we were working still to the special effects. 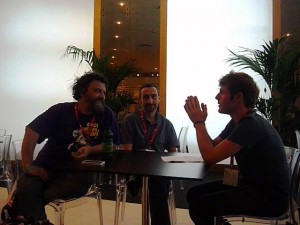 5) Do you get inspired by some science fiction film in particular for “ Wang coming”? Because in a scene it seems clear a remake of “War of the worlds” by Steven Spielberg.

MARCO MANETTI: The one who walk on in that particular scene was me! Maybe it was unconscious reference to that film! It’s against our will but the inspiration come from here.

ANTONIO MANETTI: Maybe there’s something from “War of the worlds”also in the Wang way of walks that was modified while we played the movie.

6) What is the meaning that you would like to transmit? It seems strange how two human beings could be more different than Wang and the main girl character, Is it a social pessimistic critic?

MARCO MANETTI: Very good this is the meaning of the film, that we would like to transmit. The starting idea is that there are always prejudicial dogmas that damage all the other human relations. Hypothesize that the secret agent (Fantastichini) was right when he considered Wang a danger, while the interpreter (Cuttica) got wrong when she believed that he was in good faith: the only thing that she wanted to do was to create a dialogue with Wang. So at the end we think about the fact that: if the two had collaborated, thinking about at a common good, the earth will be safe and the end of the film will be different.

ANTONIO MANETTI: we can see it from the everyday life, especially in politics: from a starting prejudice all the dialogue disappear, since arrive to catastrophic results.

MARCO MANETTI : when you see the party political broadcast you notice that the politics speak one on the other, and each one attachs each other, without listening.

ANTONIO MANETTI: the alien is useful to give evidence of the impossible communication between the two characters.

MARCO MANETTI: we like Boris Sollazzo’s comment, for our film. He interpreted in this way: he is the typical right side ignorant man who understand the people, she is the typical left side girl who’s got right ideals but who’s too radical chic to understand the people. But the most important part of the critic was that on Wang: he’s just like Marchionne who rips off both. 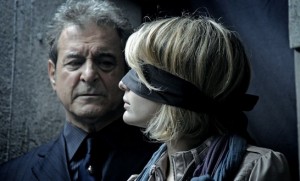 7) We are talking about it for half hour but the question is: Can we watch your film in theater? Maybe pulled by the participation to the Venice Film Festival?

MARCO MANETTI : We’ve got a distribution but sincerely I don’t know if it will be distributed in a good or in a wrong way. To invest in Italian cinema it’s the biggest challenge.

ANTONIO MANETTI: Look, the challenge to propose a science fiction film, to create special effects, and even to participate to the Venice Film Festival had been an huge enterprise. But to make it WELL in the theater it is more difficult. (MARCO MANETTI: it was easier that a Roman actress played in Chinese). We have chosen a little production house who is growing up, the biggest distribution wouldn’t believe in us.

8) In conclusion, have you some future project? We saw you in your next film with the main character Peppe Servillo, how is the post-production?

MARCO MANETTI : This is a real horror film, that we played while we were realizing Wang special effects. It was like Zemeckis when made Cast Away, he had to wait one year in order to permit to Tom Hanks to loose weight and during that year he made “What lies beneath” , just to make an example…and this was the first reason. The second reason is that the horror is the only genre that attract a widen audience and biggest distributor.

ANTONIO MANETTI: we tried to do a commercial film, for this time: it is always a particular film but is addressed to the widen audience.

MARCO MANETTI : We believe that we can do what the other directors don’t do. We aren’t more intelligent, better or more able than the other directors but what I can affirm is that we surely are the more stubborn and what we wanted to do, it is making deeper than the others. It’s for this reason that we stoop to compromises, choosing an horror film: if it can help the cause, it’s better, but always with our style.

Related Topics:
Up Next 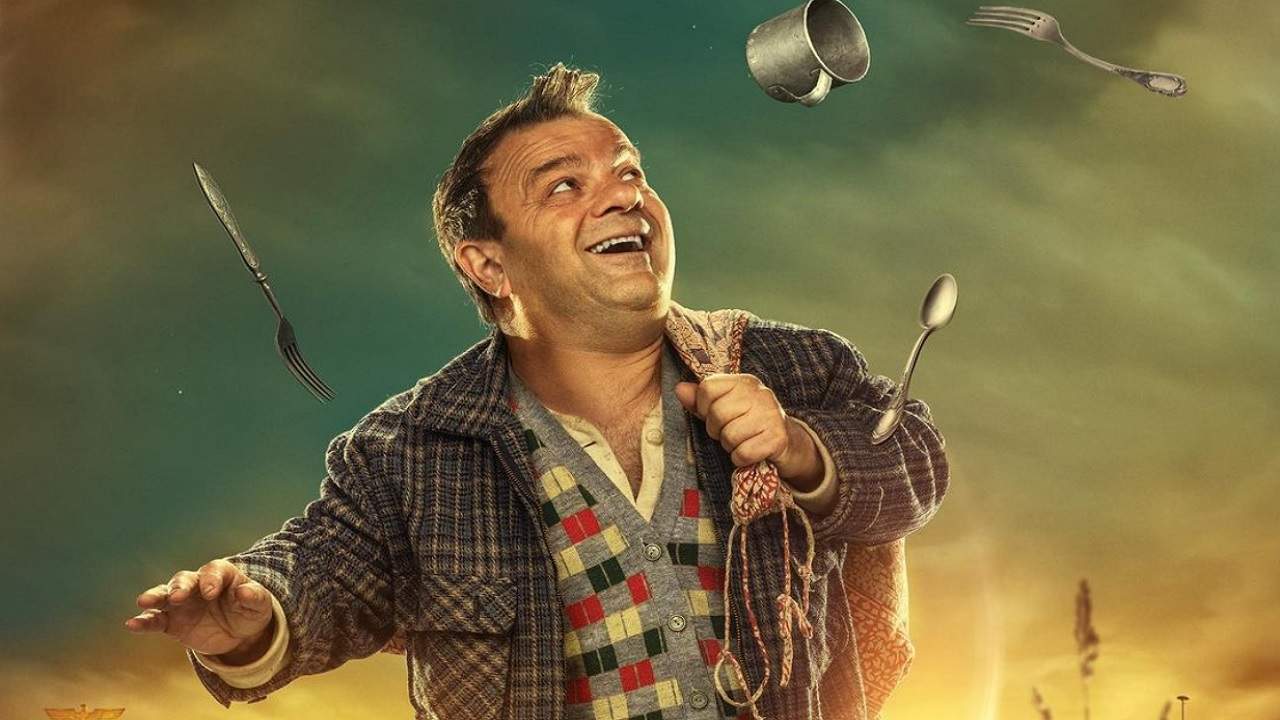 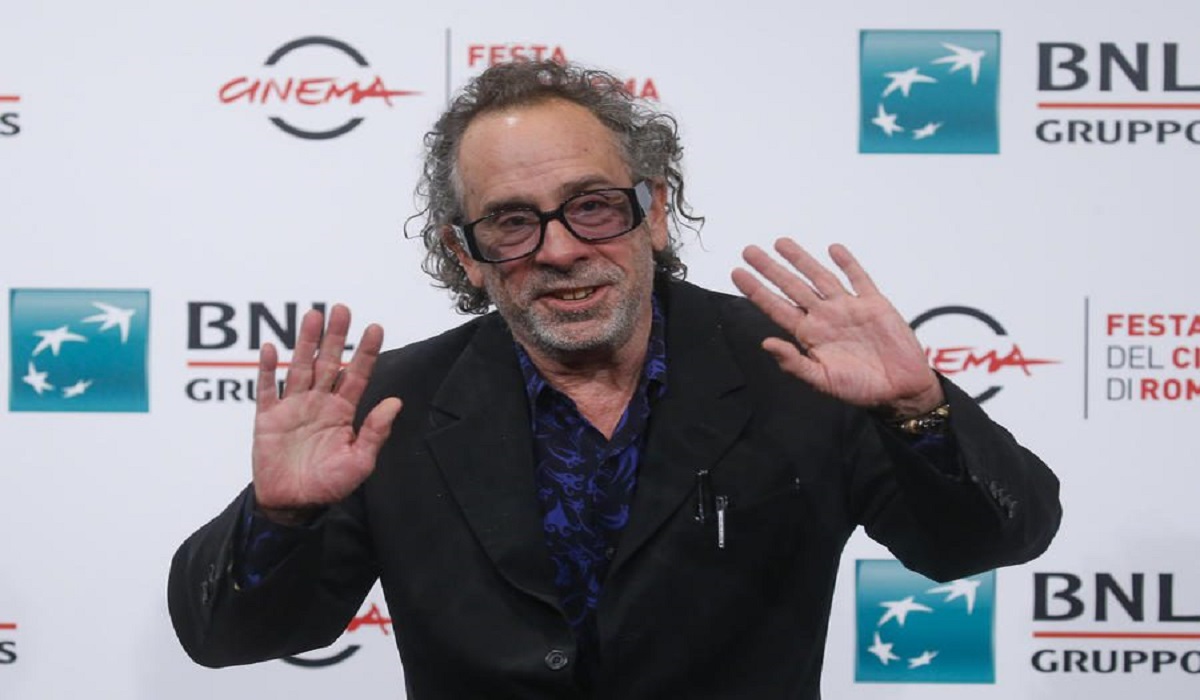 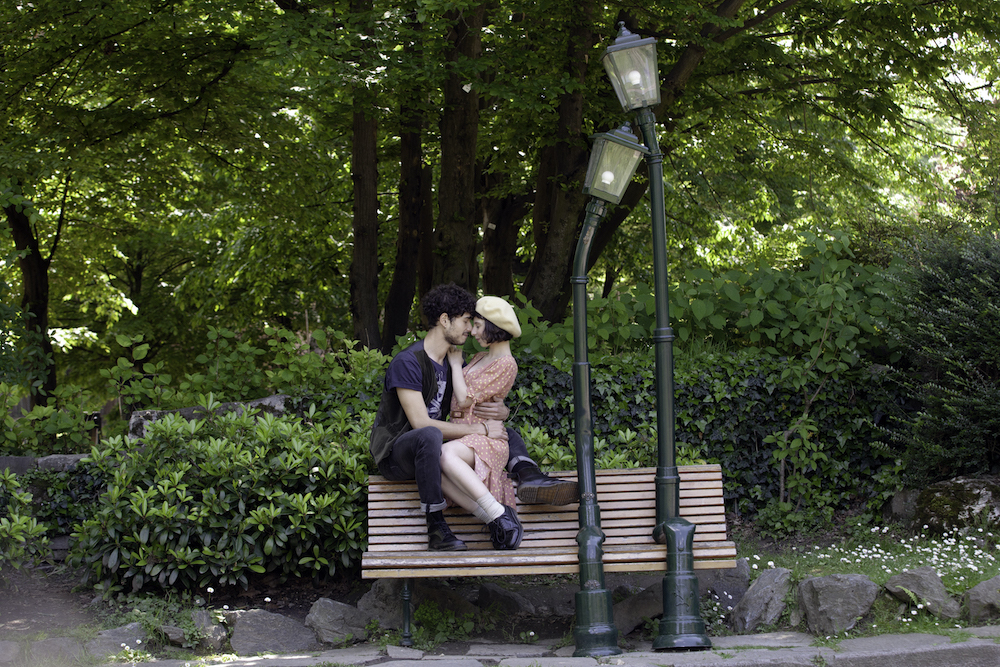